Nick Taber is the head honcho over at NickTaberFitness.com, but also the host of Movie Theater Time Machine. He’s a guy who can use both side of his brain at the exact same time… he’s an expert on how to help average people increase their health, but he’s also a major movie buff. He and I have a great talk about both these topics, and the weird ways in which they intersect. 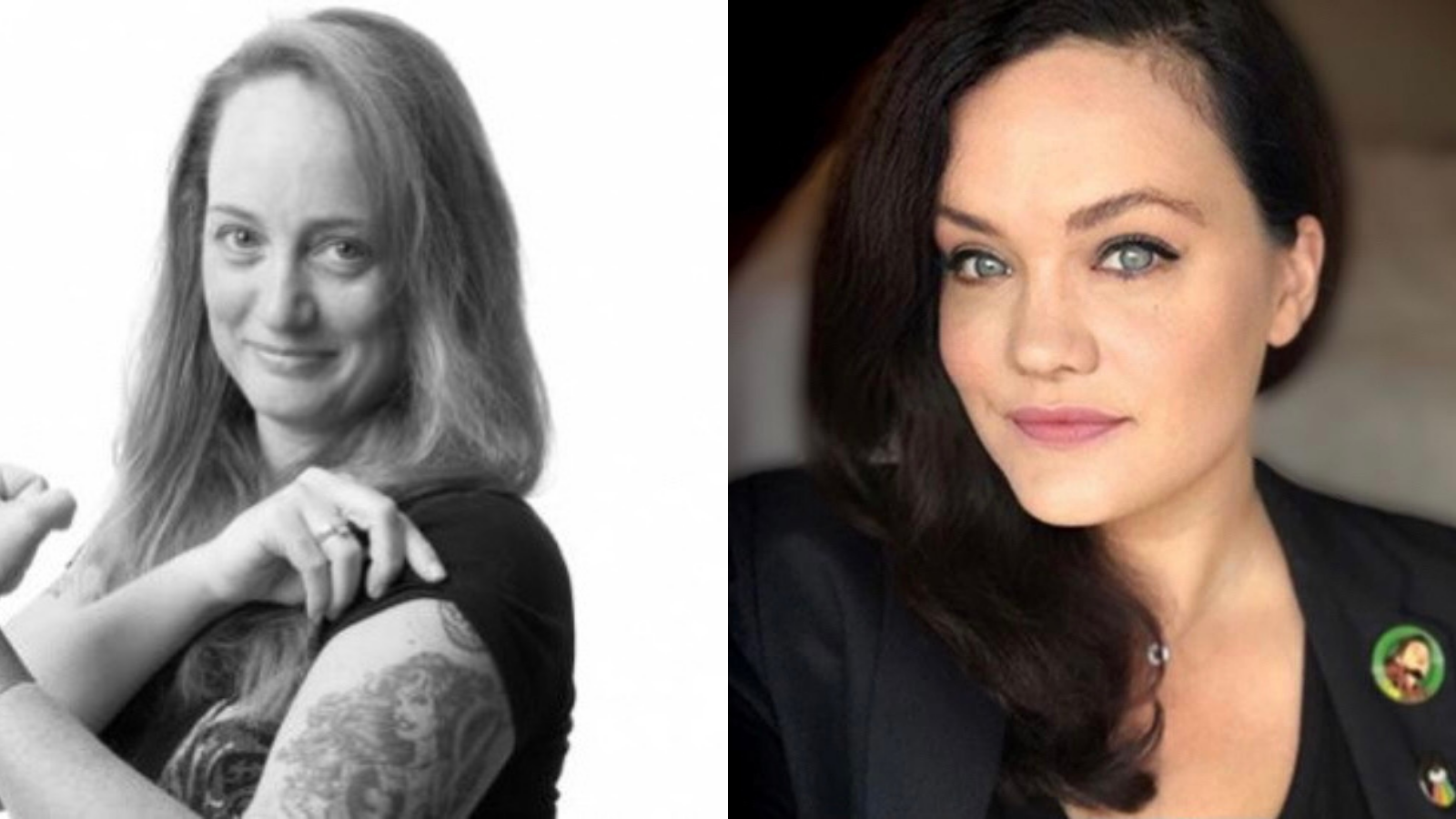 Amanda Deibert (from Episode 32) returns with her wife, Cat Staggs, to give us a better view of what it’s like to create as a couple. Cat offers some great insight into how to overcome frustration and how to deal with self-criticism, and together, these two ladies make it clear how useful it is to work with your spouse and your best friend.

The Screaming Chuy show is a podcast with a layout very similar to Hungry Trilobyte’s. Chuy is a guy who appreciates free-form conversation, good laughs, and exploring fandom anywhere you find it. He’s taken a bit of a different path with his show, with different types of guests, and he’s a great example of what makes podcasting such a versatile format. Here, he and I have a great chat about fandom, Rocky Horror Picture Show, horror movies like Halloween and Friday the 13th, Star Trek, and MST3k.

Joseph Mallozzi is a highly accomplished writer, with series such as Utopia Falls and Dark Matter to his credit.  However, the work I couldn’t resist talking about was his work on the Stargate series, joining SG1 in Season 4 and helping launch Atlantis and Universe.  Joe and I talk about world-building, US Military support of the show, the importance of humor in science fiction, and the Richard Dean Anderson factor.  Because Jack O’Neill is awesome.

We also get to take some awesome tangents into talking about getting kids into reading (the Harry Potter Effect) and getting them to keep reading after they grow up (the Post-Harry-Potter effect).  Also, how has the shortened TV season trend changed showrunning?