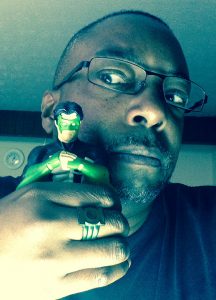 Darryl Banks is a comic book artist who has worked with DC Comics, most notably for Green Lantern in the mid-90s, introducing the character of Kyle Rayner. In this episode of Hungry Trilobyte, Darryl and I talk about the unique storytelling opportunity he had with Green Lantern, as well as the other comic book trends of the 90s (killing title characters, novelty covers, Image in general). We also get a chance to compare the similarities and differences between DC and Marvel comics, and how conventions from one universe sometimes don’t translate well to the other.

You can follow Darryl’s work on Twitter and Instagram and check out his work at Comic Art Fans.  Don’t miss his art in Harkin’s Raiders from Ominous Press!

If you liked this episode, you may want to check the episode with Ron Marz as well.

First appearing in Episode 16, Laurie Ulster has returned to Hungry Trilobyte to talk about how fandom is changing in 2020… and unlike a lot of things in 2020, it’s changing for the better! She and I discuss how Star Trek is branching out in new creative directions and how to maximize your enjoyment of it. Or, if you’re not the type of fan who’s enjoying it, how you can redirect your fandom energy and still be as much of a Trekkie as ever. We also get into a pretty good chat about what it was like to be a fan in the days when being a geek wasn’t cool. Not to be missed is our discussion on how Ethan Phillips admit’s Neelix’s crush on Janeway, and Andrew Robinson’s views on Garak’s gay crush on Bashir.

One of Laurie’s best works is an interview with Connor Trinneer.  Here’s where you can check out the rest of her stuff:

Quaran-Tina Turner, better known as Bruce Vilanch, is a legendary writer in Hollywood. Although in Geek circles, Bruce is probably best known for writing the Star Wars Holiday Special, his talents have been applied everywhere from the set of Hollywood Squares to the Oscar Awards. I was really eager to get a feel fro Bruce’s life experiences, having been raised on movie sets and loving film and theatre the way he does.

The best way to track Bruce’s adventures is on the site We Got Bruce! 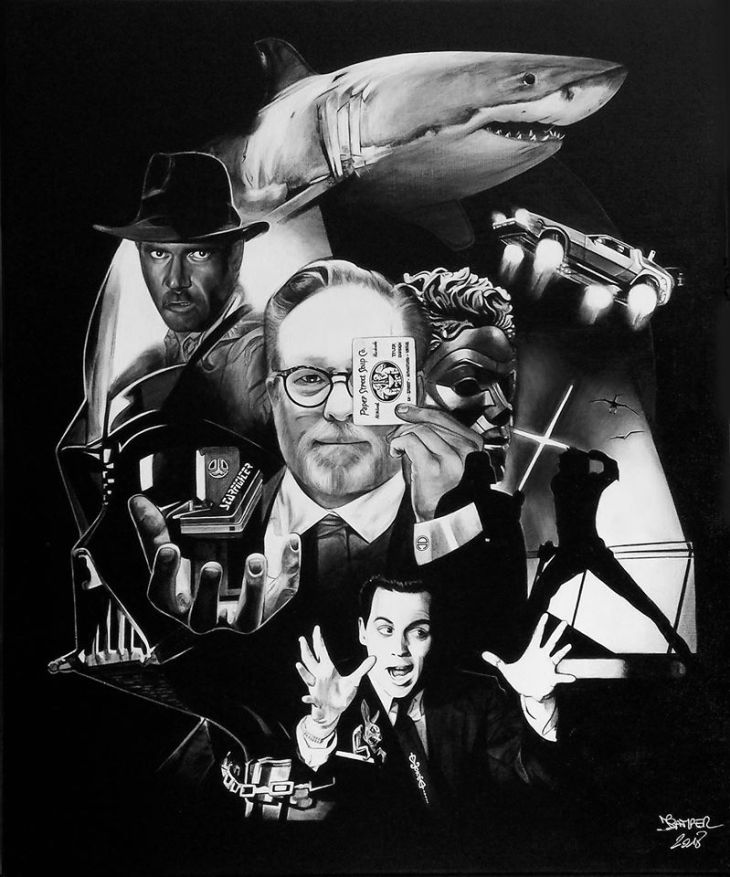 Kevin Pike has an amazing range of behind-the-scenes talent. His special effects work has been seen on incredible classics such as Star Trek II, Indiana Jones, Escape From New York, and Earth 2, just to name a few of my favorites. In this episode, Kevin hear me gush over my love for Back to the Future. I get to be the one to break the news to him that one of his movies wound up on MST3K!

Dr. Erin MacDonald returns from her earlier appearance in Episode 13. This time around, we discuss her audiobook “The Science of Sci-Fi“, and pick apart how String Theory applies to DC comics, and how Star Trek tackled the artificial gravity problem. Then we REALLY have some fun and try to apply science to the literal unknown… and it’s a good thing we’re both fans of The X-Files!

Here’s where you can check out Erin’s work:

Jerry Bennett, the first guest ever on Hungry Trilobyte, returns for episode #50! Jerry and I discuss the challenges of being creative in 2020 and the unique opportunities still around for artists. Jerry has been on an incredible self-improvement regimen, and I make the point that the ‘starving artist’ myth does more harm than good. Speaking of thriving, we discuss how Jerry was a guest at the OK Art Crawl, an art show for the socially distanced. I brag on some awesome open-source creative apps like GIMP, LibreOffice, and Ubuntu Studio. Jerry sings the praises of Procreate.

Joe Alves has worked as a production designer on some of the most legendary films produced in the late 20th century, including Jaws, Close Encounters of the Third Kind, and Escape From New York. He also directed the third installment of the Jaws series, Jaws 3D. In our chat, Joe and I discuss the differences between creating entire world on-set for major productions, and just creating enough to make the shot.

I strongly recommend checking out Joe’s book Designing Jaws on Amazon, and following him on Instagram.