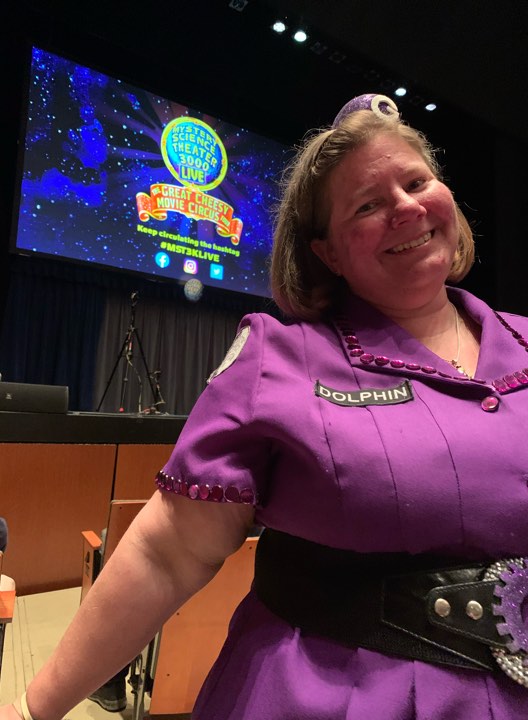 Deana Dolphin, MST3K’s “Fan Ambassador” has become a champion for the show and for getting MSTies around the world together– both online and in real life. Hosting watch parties, live events, and meet-ups, Deana reaches out to fans everywhere. In this episode, she and I talk about her adventures in the fan community, visiting the MST3k set, and her love of Agonywolf Media. Currently, she’s trying to organize the 5th Annual Turkey Day MSTie Meet Up.

Deana’s Facebook page is open to new fans, and here are the groups she admins or in which she’s an active member: